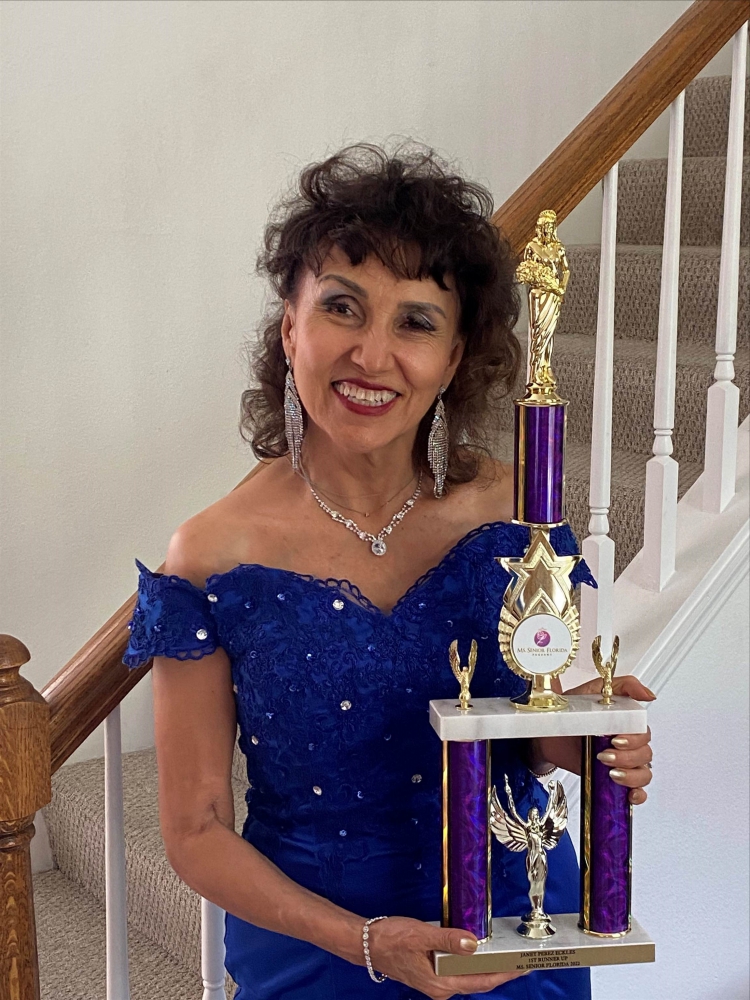 She’s been called a powerhouse of motivation. Janet Perez Eckles earned that label through her work as an author, international speaker, radio host, and founder of JC Empowerment ministries.

Born in Bolivia, at 12 years old, Janet immigrated to the United States with her family. She brought her Latina flair and passion for life which connects her with both her Spanish and English readers and audiences.

Janet’s writing and speaking showcase her victorious life which began at 30 when she faced the unthinkable. While a mom to three small sons, she experienced complete blindness due to the retinal disease, Retinitis Pigmentosa. Years later her youngest son was tragically murdered and the man responsible was set free. And decades later, her husband’s abandonment threatened to defeat her.

In spite of this pandemic of pain, through God’s grace, Janet not only learned to overcome but to triumph!

Her keynote presentations before faith based and corporate groups have been called ‘transformational’. Janet brings proof that, no matter the setback, a blend of tenacity and faith can bring triumphant success.

Janet has authored four books, including the No. 1 Amazon bestseller, Simply Salsa. Her insights also danced into the pages of 32 Chicken Soup for the Soul bestselling titles, dozens of anthologies, and hundreds of magazine articles.

Her contagious joy and inspiration also shine during media interviews. In addition to being featured on the cover of Hispanic Woman Magazine, her story appeared on Fox 35 News affiliates, the Spanish sister network of Good Morning America, the 700 Club, Focus on the Family, Univision, and Telemundo networks, along with regional, national, and international radio and television outlets.

Janet earned her Bachelor Degree from Southeast Missouri State University where years later, she was invited back to receive the 2016 Alumni of the Year Award.

Janet dances the salsa of gratitude in the sunshine state with her new husband, Dale, where they create memories with their five grown children and six grandchildren.